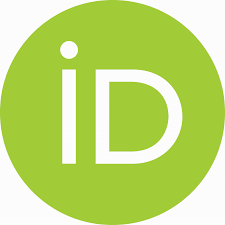 At Rebekka Hufendiek’s Research Group, I am currently working on a project focused on normative disagreement, ideological thought, and cooperation. Evolutionary explanations of morality often make assumptions about what moral thought should be given a certain moral theory, while ideological thought often entails a moralizing dimension. Our project addresses this issue from both a theoretical and an experimental perspective.

My primary interests focus on the intersection between biology and psychology, and their philosophical implications. Most of my primary research focuses on issues about cooperation, normative cognition, and disagreement, with a secondary interest in practical and instrumental rationality. As I see them, many problems in normative ethics can be advanced by integrating empirical research on our evolutionary, cultural, and developmental history (1). Research on these areas can help us to connect facts about our cognitive architecture and neural wiring with morally relevant facts by explaining how such machinery evolved, how it develops, and how it relates to our environment under ecological conditions that we often engineered through cultural practices that affect cognitive performance.

A large part of my research focuses on the empirical study of normative disagreement and its relation with folk metaethical thought. The literature in normative psychology has been traditionally focused on first-order moral cognition (i.e., our capacity to judge actions and intentions as morally right or wrong), while folk metaethical thinking (i.e., our capacity to think about these judgments themselves) has been less studied. Suppose that two individuals are discussing whether the Earth is flat. They may think that there is a single answer to this question since it is a fact of the matter whether the Earth is flat or not. But would they think the same about moral questions? A number of philosophers have endorsed the claim that ordinary people have objectivist intuitions regarding these issues. Yet recent experimental evidence suggests that people’s judgments about the objectivity or relativity of moral issues depend on factors such as subjects’ age, personality traits, and social proximity. Moreover, it has been argued that children tend to be moral objectivists, while later in development people develop more relativist intuitions (2). However, this developmental trajectory has been inferred without applying the same experimental paradigms applied to adult subjects.

I am also willing to use my technical skills to diagnose and address a wide variety of practical problems. As a non-native speaker in the Anglophone world, I am also interested in issues regarding linguistic injustice in academic philosophy. With Professor Eric Schwitzgebel (Department of Philosophy, University of California at Riverside), Linus Ta-Lun Huang (Department of Philosophy, University of California, San Diego), and Andrew Higgins (Department of Philosophy, Illinois State University), I have been working in the first quantitative analysis exploring the relative insularity of mainstream Anglophone philosophy as compared with other linguistic traditions. In particular, we have shown in this study that participants in the Anglophone tradition tend mostly to cite or interact with other participants in this academic tradition, while having little academic interaction with philosophers writing in other languages (3).

I have also helped to build mathematical models to describe the statistical properties of sport teams in the generation of new game and training strategies. In a paper coauthored with Professor Diego Luis González (Departament of Physics, Universidad del Valle) and Diego Darío Herrera (Colombian Volleyball Federation) Markovian model to calculate the winning probability of a set in a volleyball match. This model was used to diagnose the performance of the female Colombian U23 team in the 2018 Panamerican Cup (4).